Emmy Award-winning actor Jeff Daniels is known for his roles in movies like "Terms of Endearment," "The Purple Rose of Cairo," and "Dumb and Dumber" and for TV shows like "The News Room," "Godless," and "The Looming Tower."

He’s starred in a number of theatrical productions, both on and off Broadway, and was nominated for Tony Awards for his roles in "Blackbird" and "God of Carnage." Daniels founded The Purple Rose Theatre Company in his hometown of Chelsea, Michigan.

He will be performing with the Ben Daniels Band at the State Theatre on August 16th. 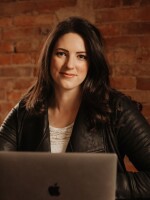