John Urschel is a PhD candidate in applied mathematics at the Massachusetts Institute of Technology and is the author of several peer-reviewed papers.

Urschel is also a former offensive lineman for the Baltimore Ravens and the Penn State Nittany Lions. He graduated from Penn State with a bachelors and master’s degree in mathematics all with a 4.0 grade point average.

He was also awarded the William V. Campbell Trophy in 2013, which honors the top college football scholar-athlete in the nation. In 2017, he was named one of Forbes’s 30 Under 30 in science. 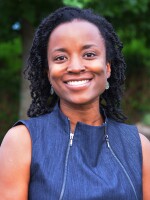 Cheraine Stanford
Cheraine Stanford is the Content Strategy Director at WPSU, responsible for developing the station's original productions across digital, radio and television.
See stories by Cheraine Stanford
Latest news from WPSU
Sign up to receive emails about breaking news in central & northern Pennsylvania.
Sign Up