Pennsylvania Attorney General Josh Shapiro, the Democratic nominee for Pa. governor, rallied in defense of abortion rights with hundreds of others at Philadelphia’s National Constitution Center on Saturday.

After the U.S. Supreme Court’s ruling to overturn Roe vs. Wade, abortion is still legal in Pennsylvania. But all eyes are on the governor’s race this November, which may determine the fate of reproductive rights in the state.

The GOP-controlled legislature has repeatedly tried to restrict abortions — and it’s up to the governor to decide whether those bills pass.

Shapiro on Saturday maintained his pledge to protect reproductive rights.

“I believe that abortion is health care, and I will defend it,” Shapiro said. “I trust the women of Pennsylvania to make decisions over your own bodies.”

He urged the crowd to vote in November.

Shapiro’s Republican opponent, State Senator Doug Mastriano, is a devout Christian who has made his religion central to his political career. He supports a total ban on abortion (and introduced a so-called “heartbeat” bill in 2019), without exceptions for rape, incest, and cases in which the life of a parent is at risk. He also supports criminal penalties for doctors and nurses who perform abortions.

When it comes to abortion, Shapiro has made sure to differentiate himself from Mastriano, whom he has called “a radical extremist.”

Though they said they would vote for Shapiro come November, some at the rally were disheartened that the fate of abortion in their state is hanging on a single election.

“It’s a lot of weight on one race,” said Sierra Little, 22, who lives in Philadelphia. Little also said she was feeling helpless about the power of the Supreme Court, “because no one can check them.”

They used the moment to drum up support in their base for Shapiro and Pennsylvania Lt. Governor John Fetterman, who is running against Mehmet Oz in the race for Pennsylvania’s open U.S. Senate seat.

The Senate race in Pennsylvania could be critical for the future of national abortion legislation, as the outcome could affect the Democratic party’s current majority in the Senate. Democrats tried to codify Roe v. Wade into federal law back in May, but were unable to reach the required 60-vote threshold.

Dean called out what she sees as irony in the “pro-life” argument among Pennsylvania’s Republican candidates.

“This isn’t about being pro-life. It is nonsense. It is BS!” Dean said. “If they were pro-life, they’d be pro-educating all of our children.”

Yolanda Bullock, 28, from Bristol in Bucks County, is worried about the freedoms that are at risk next, like interracial marriage, and gay marriage, that are also protected by the right to privacy.

“I wouldn’t be surprised if segregation comes back. At this point, it seems like anything can happen. It’s scary,” Bullock said.

Little just moved to Philadelphia from Florida. She said she’s worried about her younger friends who are college students in Florida and have been sending her panicked texts since Friday. In Florida, Republicans passed a ban on abortions after 15 weeks, which was signed into law by the state’s Republican governor. The law will take effect on July 1.

“They’re on college campuses where things like sexual assault and rape happen all the time. So, it’s not fair to them to be stuck somewhere where there’s nothing they can do about it,” Little said. “Their parents don’t support abortion. So, what are they going to do?”

Pennsylvania abortion providers have been preparing for an influx of people coming in from other states that have or are likely to soon ban abortion. Some are worried about being able to care for everyone. Resources, for instance, in Philadelphia, are already stretched thin.

“I’ve been reaching out to a lot of them to let them know that they’re always welcome up here in Philly. Hopefully we will stay blue,” Little said.

Jameson Wall, 22, said it’s time for men to stand up and act in defense of abortion rights.

No matter who lands in the Pennsylvania governor’s seat, a constitutional amendment is making its way through the state Legislature that would ensure that right to an abortion is not enshrined in the state constitution. It could go on the ballot as early as May 2023. 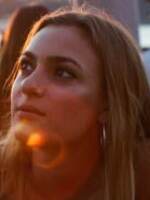