STATE COLLEGE — Even though abortion is legal in Pennsylvania, Abby Minor, a Penns Valley resident, said she was shocked by how difficult it was to have the procedure done during the summer of 2013.

She called local health providers around Centre County, but none of them were helpful, she said. They didn’t even tell her where she could get one.

An internet search revealed that one of the closest clinics was in Harrisburg. “It felt illegal,” she said. “What other medical thing are you suddenly on your own Googling for?”

Her partner, Kevin Sims, drove with her to Hillcrest Women’s Medical Center. It was scary when they pulled into the parking lot, Minor said. Protesters were yelling profanities and “abortion is murder,” she recalled. Others were praying. Sims said he was struck by the aggression of the protesters.

The U.S. Supreme Court’s decision to overturn Roe v. Wade left abortion access in the hands of the states. In Pennsylvania, abortion is legal up to the 24th week of pregnancy.

But for people living in north-central Pennsylvania like Minor, it’s at least an hour drive to the closest abortion provider. And the reason lies in the state’s history of abortion restrictions, regulatory laws that make it difficult to financially sustain an abortion clinic in lower-population areas, and a series of troubles that led what was the region’s only provider to close in 2010.

When former Gov. Bob Casey Sr., a Democrat, signed restrictions on abortion into law in 1989, Pennsylvania became the state with the strictest abortion laws in the country.

The law established the current 24-week limit on abortions, with exemptions if the pregnant person’s health was at risk. Among other provisions, wives had to notify their husbands about their intentions to obtain the procedure, with limited exceptions; minors had to get consent from at least one parent or guardian, or a judge; abortions to choose the sex of the baby were banned; and patients had to wait 24 hours after a consultation regarding alternative options before they could have the procedure.

Planned Parenthood of Southeastern Pennsylvania challenged the law in federal court, arguing it was unconstitutional. After a series of lower court rulings, the case went to the U.S. Supreme Court, which upheld all of the restrictions except the spousal notification requirement, while at the same time reaffirming the constitutional right to an abortion under Roe v. Wade.

Caitlin Myers, an economics professor at Middlebury College who has researched the history of abortion policy, said the decision opened the door to further legislation across the country to restrict abortion. What became challenging for abortion providers in Pennsylvania, particularly those in rural areas, is what Myers called “supply-side restrictions.”

These restrictions — sometimes referred to as targeted regulation of abortion providers, or TRAP, laws — limit the kinds of facilities and providers that can provide abortions.

Such regulations were enacted in late 2011 in Pennsylvania after Philadelphia abortion provider Kermit Gosnell was arrested and charged with the murders of infants born alive during illegal late-term abortions and in the death of a woman who was administered too much anesthesia. A grand jury report later showed the abortion facility had not been inspected in 17 years.

The same report also found that after the change of administrations from Casey to Republican Gov. Tom Ridge, who supported access to abortion, officials concluded that inspections would deter access to abortions, and thus loosened them, allowing for Gosnell’s facility to go almost two decades without an inspection.

The law made it more expensive to open clinics because it implemented the same standards for them as outpatient surgery centers, which include a minimum doorway and elevator width in order to accommodate a stretcher. It also meant more random and frequent inspections.

In states like Maine and New York, abortion providers have expanded access by allowing for non-physicians, such as nurse practitioners, to provide abortions, Myers said. But in Pennsylvania, it is difficult to open and maintain clinics for specialized medical practices like abortion in rural areas because there aren’t enough patients for the single service to justify the cost, Myers said.

Some clinics have been forced to close because of rising costs and failure to meet the safety and operating standards required to pass inspections. For example, Hillcrest Women’s Medical Center in Harrisburg, where Minor went, shut down in 2017 after failing health inspections.

A troubled clinic and lack of services

Jill Wood, a professor of women’s, gender, and sexuality studies at Penn State and an alumna of the university, had her first of two abortions when she was a senior at the school, right before the local clinic opened (her second was later in life, at age 39 with three kids). She had to drive to Baltimore and stay with a friend, so she was optimistic the new location in State College would provide better access for those who couldn’t afford to travel.

But the clinic faced a series of problems and scandals before and during its operation. It was the target of bomb and anthrax threats and battles with its landlord. Noisy and aggressive anti-abortion protesters stood outside, Wood recalled. The clinic couldn’t get an agreement to transfer patients to a local hospital in the case of an emergency. And in 2002 it was evicted.

After reopening in a new location a year later, the clinic employed a number of doctors with questionable pasts and serious licensing violations. It ceased providing the procedure in 2007, and was permanently closed in 2010 after its parent company violated the terms of a settlement agreement it had entered into with state regulators.

There were more than 32,000 abortions in Pennsylvania in 2020, according to the Department of Health. Residents of north-central Pennsylvania accounted for 584 of them, the data show. But that total does not include the number of abortions for people who attend college in the region but are residents of other counties or states.

According to Melissa Reed, president and CEO of Planned Parenthood Keystone, State College’s Planned Parenthood facility shut down in 2011 because Penn State had a good reproductive health program (though Penn State’s University Health Services doesn’t offer abortions), and many clients were students who opted to use the university’s health services, so there wasn’t enough volume to sustain the facility.

Generally, Myers said, providers like Planned Parenthood — which offer a variety of services, sometimes including abortion — are more viable as businesses because they attract more patients for services like sexually transmitted infection testing that have higher demand. Planned Parenthood’s decision to close the State College location left all of north-central Pennsylvania without access to a physical location.

“We tend to think about Centre County as a well-off county, but in the more rural parts of the county, health care is not very accessible,” said Anne Ard, the executive director of Centre Safe, an organization that provides resources and services for survivors of domestic and sexual violence.

For rural residents, it’s possible to receive telemedicine abortion services through Planned Parenthood for $500, and the group provides financial assistance to those who cannot afford that amount.

The procedure works as follows. First, people go to a local lab to get bloodwork and tests done. If the tests indicate they are eligible for an abortion, they then complete state-required counseling that must precede discussing an abortion virtually. Next, a doctor prescribes the medication. Then two abortion pills are sent in the mail.

But a medicated abortion is generally available within the first nine to 12 weeks of pregnancy. After that, a surgical abortion is required. The closest surgical clinics to north-central Pennsylvania are at least two hours away — in Pittsburgh and York.

Not everyone has access to the personal transportation required to get to abortion clinics, said Joanne Tosti-Vasey, a Bellefonte Borough Council member, and a member of Centre Countians for Choice.

According to Tosti-Vasey, the small nonprofit organization helps people understand their options, recommends certified clinics, and pays up to 50% of a person’s fee to receive an abortion. It also arranges transportation to an abortion clinic, she says, which is important because nearly 10 percent of households just in Centre County don’t have cars, census data shows.

Tosti-Vasey said she once drove a domestic violence survivor all the way to an abortion facility in Maryland.

After her abortion, Minor began to work with other women in the region who undergo the procedure. They had conversations about how to destigmatize the procedure.

Nicole Gargiulo met Minor through mutual friends. Minor helped Gargiulo identify a clinic when she decided to get an abortion in 2018. She ended up going to Pittsburgh, more than a two-hour drive from her home in State College.

“Abortion isn’t this thing we have to feel badly about,” Gargiulo said. 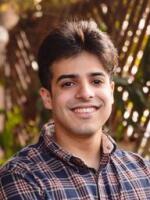