A panel of federal judges upheld the Pennsylvania congressional district map as constitutional in a 2-1 split decision in a Philadelphia court today.

In the case, a group of Pennsylvania voters challenged the state's map claiming it was an illegal partisan gerrymander favoring Republicans over Democrats. They claimed it undermined the elections clause of the U.S. Constitution.

It is unclear at this time if plaintiffs will appeal to the U.S. Supreme Court.

The ruling comes before a similar case will be heard in Pennsylvania Supreme Court next week. 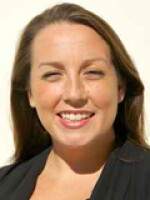