It's been almost two weeks since Penn State ended its indoor masking requirement on March 23. Many faculty, staff and students are excited for the change, but others are more hesitant.

"It was my favorite day of the semester to see their faces and their smiles. That was awesome!" said Penn State Spanish professor Susana García-Prudencio.

It had been more than two years, starting Mar. 6, 2020, since professors and students attended in-person classes maskless. While García-Prudencio and others were excited about the change, but they're also hesitant.

Some students were also surprised by the news and wish it was announced less abruptly.

"After being here for like a week or so now of it being the normal again, it's still weird because we were in this for like two years. But now it's kind of like I guess this is, we're back to face-to-face communication for the time being." said third-year student Daniel Sherry.

Penn State's news release said professors could ask their students to wear masks in class. García-Prudencio spoke with her sections about their preferences.

"If you want to use the mask that's good. If you don't want to use them that's OK, too," she said. "But if there's someone that is worried or has a problem with it we should talk about it and all of us should follow the same rule."

Her class decided to not wear masks anymore.

Sherry doesn't wear a mask in his classes either, but he said he does that because his classes are small. He still wants to keep his family safe from the virus by not bringing it home. His mom is a State College resident and Penn State employee. She's immunocompromised and nervous about the change to the masking policy.

Neiderer is a team marketing coordinator in the College of Agriculture for the university. She still takes COVID precautions like wearing her mask when she goes out and social distancing. She still gets groceries delivered or goes to the store late to avoid crowds. For work, she goes into the office on Thursdays and Fridays, while her coworkers are there earlier in the week.

She said when she gets sick it lasts for weeks compared to someone without these health issues who may only feel bad for a few days.

Sherry said he's noticed people judging those who still wear a mask after the policy change.

"I remember the first day the mask mandate got lifted completely. I walked into the HUB and just put my mask on out of habit, and I got some kind of dirty looks. I was surprised I was getting weird stares," Sherry said.

Neiderer thinks that sometimes people forgot about those who have health issues making it harder to live with COVID.

A more contagious Omicron sub-variant of the virus, BA.2, is now spreading in the United States, but it has yet to cause an increase in COVID numbers in the State College area. 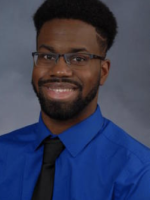 Deitric Murphy
Deitric Murphy is a fourth-year student at Penn State University Park. He is majoring in journalism with a focus in broadcast and is also working on a Theatre minor, Business Certificate and a Sports Journalism Certificate. Murphy aspires to be an actor for film when he graduates college, but as a journalist he would like to work for ESPN or ABC as a talk-show host. When not at work, he is playing video games, hanging out with friends or listening to music.
See stories by Deitric Murphy
Latest news from WPSU
Sign up to receive emails about breaking news in central & northern Pennsylvania.
Sign Up