What Do The Pittsburgh Penguins Have To Do With Affordable Housing?

A giant billboard went up at the intersection of Centre Avenue and Crawford Street in Pittsburgh’s Hill District neighborhood in 1960. It read, “No Development Beyond This Point.”

On a recent morning, Carl Redwood stood in the same spot. He chairs the board of directors for the Hill District Consensus Group, a neighborhood planning organization. The intersection is called Freedom Corner, a critical gathering point during the Civil Rights era.

“The beginning of Freedom Corner really was around a housing struggle,” said Redwood. He pointed out the names of community activists and organizers inscribed on the monument that now marks the corner. “It was on the struggle around the Lower Hill, and the displacement of low-income residents from the Lower Hill,” Redwood said.

What you have to understand, said Redwood, is that housing in this part of the predominantly African American neighborhood has been an issue for 60 years; this is just the latest chapter.

In 2007, the Pittsburgh Penguins threatened to leave the city. After months of negotiating, the state, county, city, and team reached an agreement: the Penguins would keep the franchise in the city for 30 years, in exchange for a new arena and exclusive development rights around their old arena. The city owns the land. The development is the subject of a fair housing complaint, which could be decided any day.

From Freedom Corner, Redwood looked down at the vast, 28-acre stretch of city-owned land. It’s covered in parking lots, used by commuters and ice hockey fans headed to the nearby PPG Paints Arena, built with state and city money.

The site is slated to become a mixed-use, mixed-income development, with businesses, entertainment, and more than 1,000 apartments.  Redwood’s worried about the apartments, and how high the rent will be.

In December 2015, the Hill District Consensus Group filed a fair housing complaint against the project with the U.S. Department of Housing and Urban Development (HUD).

“Our argument is because there’s not one single unit that they plan to build that will be affordable for an average black family, that the result of their plan will discriminate against black families and is a violation of the Fair Housing Act,” Redwood said.

In April, the Penguins submitted their intent to develop the project’s first residential phase. Twenty percent of those apartments will be accessible to people who make 60 percent of the area median income, or about $32,000. That’s the problem, said Redwood. The median income for a black family in Pittsburgh is only about $26,000.

“The greatest need for housing is for families who are extremely low-income, those are families at 30 percent median income and below,” he said. “When they say ‘mixed-income,’ what they mean is moving rich families into low-income communities and displacing low-income folks. Here in the Lower Hill they have a great opportunity to kind of correct that. They can build a whole new community,” he said.

How to build a new Lower Hill community has been a decade-long conversation and housing has been one of the biggest sticking points. In 2008, eight stakeholders representing 35 organizations signed a Community Benefits Agreement which laid out a plan for the development, and set some expectations for affordable housing. But in 2014, the Penguins signed a new agreement with just five stakeholders, that ultimately lowered the number of affordable apartments.

Councilman Daniel Lavelle represents the Hill District, and was part of both processes. They got the best deal they could, but he’d love to see more affordability, he said.

“All of us need to benefit from this development and investing in the least of us is to all of our benefit.”

Finding the balance between making sure development happens and making sure the community benefits is hard, said Lavelle.

“Our future’s depending on it. We get this wrong and we will literally continue to push out, we'll create a playground for the wealthy and we won't have a truly mixed-income viable community,” he said.

The Pittsburgh Commission on Human Relations investigates allegations of discrimination in three areas: housing, public accommodation, and employment. Carlos Torres is the commission’s executive director. He wasn’t familiar with the Lower Hill fair housing complaint. But because the city receives federal money, it must further fair housing, he said. Doing so means taking “meaningful actions” that tackle discrimination and promote “inclusive communities,” according to HUD’s website.

“The city has an obligation to purposely overcome patterns of segregation and the denial of access of opportunity that are part of our nation's history,” Torres said.

In the late 1950s, an urban renewal project evicted 8,000 people from the Lower Hill. The city used eminent domain to bulldoze nearly 80 city blocks for an arts district that never really materialized, with the exception of a Civic Arena. It hosted concerts, rallies, and later became the first home of the Penguins.

The effects of that urban renewal project are still felt today in the Hill District, said Terri Baltimore. She gives tours as part of her work as vice president of neighborhood development for the Hill House Association.

“The development of the arena changed the street grid, changed the traffic patterns, and changed the way that people related to this neighborhood,” she said.

The 1950s Lower Hill development cut the neighborhood off from the rest of the city, she said. “And if you don’t come to a place, you don’t think about it.  It’s like the place and the people are invisible.”

Demolition of the Civic Arena in 2012 cleared the way for the Penguins’ new development.

Not everyone is happy with the level of residential affordability, acknowledged Kevin Acklin, the mayor’s chief of staff, as well as the city’s Chief Development Officer.

“The realities are, how do you pay for it? It's easy to commit to a number. It's hard to actually implement it. We own the land, but we don’t control the development,” he said.

More than $12 million of public money has been used to prepare the site for development, building roads, and putting in utilities.

The Pittsburgh Penguins did not respond to repeated requests for comment.

Redwood wants to see development in the Lower Hill: new businesses, new apartments. But he wants to ensure low-income families benefit from those changes. The fair housing complaint process was one of the only tools they had to fight for more affordable housing, he said.

A decision in the fair housing complaint is expected sometime this year. 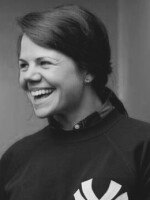